Blog - Latest News
You are here: Home / Blog / I Have Some Uplifting News To Share With You 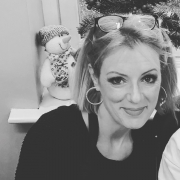 Last week I received some very uplifting news.  I had a follow-up scan and was called back for my results.

In October 2017, I was hit with the shock of being diagnosed with a recurrence of the same aggressive, and genetic BRCA1, breast cancer as I was diagnosed with 9.5 years prior.  I felt sick leaving the doctors office, and in total shock.  However, even with the shock, I knew I immediately what I needed to do.

Despite my doctors firm recommendation for Chemotherapy and Radiotherapy, I felt I could not put my body through it again. I still suffer with side effects of my first series of treatments back in 2009.

I had confidence I could heal myself. I knew all the things I could do (and should have already been doing). So as soon as I had left the doctors room that day, recovered from the shock of his words, I began to focus on my healing.

I began healing treatments I had thoroughly researched, and was already using with my clients, I embarked on a new way of eating, as well, as a new way of living. I moved house in order to reduce stress – it has not been an easy ride!

When I first went through chemotherapy and radiotherapy treatment in 2009, I felt I was “in the clear”. And as the years went on, I was still living a relatively healthy lifestyle, however, it wasn’t enough to keep me in remission.

The last 15 months presented me with fear, sadness, vulnerability, and eventually the powerful feeling that I was now taking full control of my own health. I have done many, many therapies and continue to do so. It has resulted in my latest scan showing no evidence of disease (NED)!!

When faced with death, it puts everything in to prescpective. In the years that followed my first diagnosis, I thought I had learned a lot. However, the last 15 months have been a massive learning curve for me, both emotionally and physically.

If you or any of your loved ones are going through their cancer journey – there is always hope. Never give up!

Complementary Therapies to use with Cancer