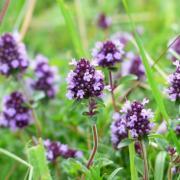 Herbs to support the healing from cancer are becoming more and more common in an addition to ones dietary changes. Combined with nutrition, they can be a very helpful tool to help get you back on the road to recovery.

In recent years, there has been an explosion of diseases affected by poor immune system functionality. Protecting our immune system has become essential and choosing the way we live and the personal choices we make play a major role in this.

Immunity is the vital defence between us and the environment. But the environment is not to be seen as being dangerous, but as a symbiotic relationship that works in harmony with the interface of human ecology, and should not be viewed in terms of “us and them”. It is the great harmoniser between the world inside our body and the world outside.

In order to help protect against disease, recover from illness, and achieve wellness, we must restore harmony between our world and our immune system.

Herbs ingested into our body, works in many ways to restore health. They work with our immune system by creating macrophages. These are cells that the immune system send out to attack foreign invaders, while others stimulate the production of defending substances which work to protect the non infected cells from viruses.

Some herbs have been shown to stimulate immunity, while others work as modulators, enabling the body’s natural response to be flexible to fight disease.

I have experienced some herbs to be particularly useful for enhancing health. For those either going through cancer treatment or wanting to prevent a recurrence, introducing herbs in to ones life may have tremendous health benefits.

A potent anti-inflammatory. Has been successfully used to treat joint problems and osteoarthritis. Has been shown to have anti-tumour properties and can be taken with other herbs to enhance the effect.

Known to strengthen the immunity and stimulate immune cells that directly target cancer cells. Contains a polysaccharide known as lentinan, which has been shown can improve the survival times of cancer patients when used concurrently with chemotherapy.

A well-known herb for supporting ones immune system. Particularly beneficial for those having completed chemotherapy and radiotherapy to help support and rebuild their immune system.

Turmeric contains an active compound known as curcumin and this is where the real magic of turmeric lies. A powerful anti-inflammatory that also enhances the production of cancer fighting cells. Protective against breast and colon cancer in particular.

An anti-inflammatory which helps relieve joint problems, which can be a side effect from cancer treatment. Also supports the immune system treatment. Studies have shown that the herb kills some cancer cells while enhancing the immune system and may enhance the ability of radiation to kill tumour cells.

Liquorice root is one of the oldest and most frequently employed herbs in Chinese medicine. Licorice polyphenols induce apoptosis (cell death) in cancer cells.

Enhancing ones immune system is possibly the best defense against a cancer recurrence.

No one diet fits all!

Gift of a Breast Cancer Diagnosis
Scroll to top