Blog - Latest News
You are here: Home1 / Blog2 / Fatigue, And How To Fight It After Cancer 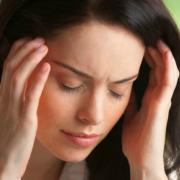 After a cancer diagnosis, everything happens so fast, and before you know it you’re rushing in and out of hospital almost daily, for treatment.  In between treatment sessions you may be sick, fighting fatigue, or trying to make up for the family time you’ve lost while recovering in bed.  Fatigue is inevitable but below I will provide some ways you can fight fatigue after cancer.

When my treatment ended, I recall feeling absolutely exhausted. I was in my dressing gown for a week and needed to take more time off work. I had been so caught up trying to survive cancer and its treatment that on the last day of radiotherapy when I was due to have a celebratory lunch with my sister, my body collapsed from fatigue. Without knowing it, I had been running myself into the ground and was now heading for what I know now was adrenal fatigue.

Taking note of how you are really feeling once treatment is over, listening to your body and slowing down when the need is there, is really important to get you re-energized and back on your feet again.

Fatigue can be caused by serious health issues or taking on too much, and not taking time to yourself. Fatigue is common after cancer treatment but if it prolongs, medical advice should be sought.

Fatigue can be fought with natural strategies that I found useful when I was lacking in energy and my mood was low.

Being deficient in iron or certain vitamins can cause a deficiency in red blood cell activity, which may result in anaemia. This happens when there is a lack of oxygen being delivered around the cells of our body.

A valuable test for fatigue is to test ferritin (iron storage) to identify whether the cause is anaemia. Iron deficiency amongst menstruating women is a common problem and where the serum levels are less than 50mcg/L, supplementation has been shown to improve fatigue.

While we all lose a bit of iron each day from our body’s natural processes, menstruating women are at higher risk, with a 130lb (60 kg) woman losing an extra 2 mg of iron during a six-day menses.

With the right amount of thyroid hormones, the body burns fuel at an optimum rate resulting in plenty of energy. You’ll also have a constant body temperature and a regular heart beat. But when you have too little of the hormone thyroxine (T4), it can lead to an underactive thyroid which is known as hypothyroidism. Also TSH is produced by the pituitary gland in the brain, which stimulates the thyroid gland to produce T4 but when TSH is under-produces TSH, your thyroid isn’t stimulated to create T4.

Problems such as osteoporosis, PMS, blood sugar imbalance, mood swings, weight gain, menstrual issues, and menopausal symptoms can cause women to suffer from fatigue. Often this lack of energy can begin in the thyroid or adrenal glands, which produce and regulate hormones.

Following a hormone balancing diet and regular exercise can be two things to work on alleviating fatigue.

Unstable blood-sugar levels can produce fatigue, lethargy, or drowsiness along with other symptoms such as weakness, anxiety, and confusion.

Nutrition plays a crucial role in bringing the body back to balance. High fibre diets encourage better elimination of toxic waste from the bowel. Add one or two handfuls of fibre rich foods such as flaxseeds which help to clear the bowels and stimulate sex-hormone binding globulin (SHBG) which controls how much oestrogen circulates in the blood.

There are two types of stress, short-term is when you say, miss your bus and it can have an energizing effect on the body and then there’s long-term stress, which slowly eats away at your health over a long period of time. During a stressful situation, chemical messengers are released creating a rush in blood sugar, high blood pressure and inflammation.

Natural medicine including herbs can strengthen your body so you can be more resilient in these stressful situations. A Vitamin B-Complex can work to alleviate anxiety, stress and depression.

Siberian Ginseng (Eleutherococcus senticosus) is an adaptogen, which means it works to by helping your body adapt better to stress.

The adrenal glands are stimulated when we are under stress and under constant pressure, they become overworked and may lead to adrenal exhaustion and this in turn affects the rest of our body functions including blood-sugar balance and levels of salt and water in your body. This leads to moodiness, anxiety, depression, hunger, sugar cravings and low blood pressure.

If you suffer from allergies, infections, toxicity, have had surgery or you have an imbalanced diet with little protein and high in carbohydrates, these will also place a strain on your adrenals.

Most women I see in my clinic have busy minds when they get to bed at night, busy processing the day, usually after large amounts of caffeine and sometimes alcohol and nicotine.

Allow 45 minutes of quiet time before retiring is important. Ending the day with a going-to-bed routine that enables you to “switch off” from the day’s stresses. Using lavender essential in a warm bath before bed is one way to wind down.

As mentioned above, adaptogen herbs work by bringing our body back to balance and adapt to stressful conditions.

One example is Valeriana officinalis (Valerian), which can be taken as a tea before bed. The strength varies from person to person and it works by easing anxiety such as tension headaches and can prove valuable when sleep is disturbed.

Melissa officinalis (Lemon Balm) is another herb which endorsed as both a sedative and stomach soother. The sedative action is contained in the plant chemicals known as terpenes. The natural bedtime herb can be taken as a tea with two to four teaspoons of the dried herb per cup.

For those who are not already aware of which herbal formula(s) work for them, it is best to seek advice from a health care practitioner who can also determine if the cause of your fatigue needs more critical care.

Do You Suffer with ‘Wheat Belly’?

Clear Out Your Brain With Sleep
Scroll to top