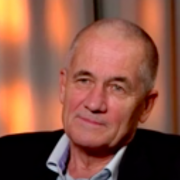 Dr. Peter C. Gøtzsche graduated as a Master of Science in biology and chemistry in 1974 and as a physician in 1984. He is a specialist in internal medicine; Worked with the pharmaceutical industry from 1975 to 1983 and in hospitals in Copenhagen from 1984 to 1995. With 80 other colleagues, he helped found The Cochrane Collaboration in 1993 with Sir Iain Chalmers and established The Nordic Cochrane Centre the same year.

In 2010 he was appointed Professor of Clinical Research Design and Analysis at the University of Copenhagen. He has published more than 70 studies in the five major medical journals in the world, the “big five”, -BMJ, Lancet, JAMA, Annals of Internal Medicine and New England Journal of Medicine- and his works have been quoted more than 15,000 times.

Lessons I Learned After Being Diagnosed With Cancer

How To Enhance Your Digestion
Scroll to top