Blog - Latest News
You are here: Home1 / Blog2 / Clear Out Your Brain With Sleep 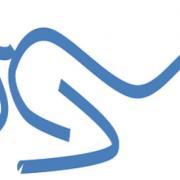 Sleep disturbances such as difficulty falling asleep or waking during the night, can play havoc on our daily lives, as well as compromise the body’s ability to run its repair process and the brain’s ability to remove potentially harmful waste.

As a nation, we are not getting enough sleep. It’s recommended that we get on average 7-9 hours sleep per night, although many boast they can survive on less – but are they really achieving optimum health?!

We live in a toxic environment and we allow activities to get in the way of our sleep, such as; bright lights, eating late at night and carrying our daily stress with us to bed. Sleep is as vital to our health as our diet and exercise. Not only is the amount of sleep important but how we sleep has now been shown as a way to remove waste products from the brain. Sleep works to “clean up” the mess that builds up while we’re awake.

This interesting study I recently came across discussed the benefits of sleep on our brain, and in particular sleeping in a lateral position. This allows the brain to discard waste products that could potentially reduce the risk of Alzheimer’s and other neurological diseases.

The glymphatic system in our brain works similarly to the body’s lympathic system, which works by clearing waste from organs. It works by removing the build up of toxins from the brain.

The findings of this study, which was done on rodents using MRI technology, revealed that the movement of this waste from the brain was most efficient when lying in lateral position compared with prone (down) and supine (up).

Many types of dementia have been linked to sleep disturbances, including difficulty falling asleep. This suggests such disorders are linked in some way to the brain not being able to eliminate waste correctly.

During the waking hours, the build up of toxins that have been accumulated need to be flushed out and another study has discussed how sleep helps to restore brain function by flushing out waste products that build up during he waking hours.

If you have a busy life and find it difficult to switch off at night, following my 6 Steps to Detoxing can work wonders to you taking control of your health and sleep patterns.

I can’t emphasise enough the importance of having a regular sleep pattern and the role that sleep plays in health and disease.

Fatigue, And How To Fight It After Cancer

Herbs For Bone Health And Connective Tissue
Scroll to top