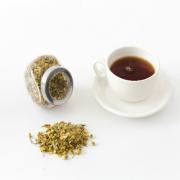 Inflammation is necessary to heal and repair tissues from symptoms such as; pain, heat, swelling and redness. The problem occurs when inflammation gets out of control.  It then generates a high amount of free radicals.  These are reactive compounds that wreak cellular havoc and further perpetuate the inflammation process.

Inflammation occurs in all tissues, such as: arteries, joints, the gut, the lining of the womb, the lungs, the liver and the pancreas. In the short term, it’s a vital part of the healing process, but carries potential dangers over the long term.

The free radicals both promote inflammation and are the result of inflammation.  Think of them as the ignition to a fire. If they are extinguished early on in the process, there is little damage done, but left to spread, they can cause catastrophe leading to inflammation and damage to cellular DNA – which then leads to major diseases such as heart disease or cancer..

Increasing foods and herbs rich in antioxidants neutralises the build up of free radicals and therefore reduces inflammation and DNA damage.

Some antioxidants that mop up free radicals are:

A flavonoid found in Green tea and a powerful antioxidant. It’s best to drink green tea freshly brewed to bring out the catechins which neutralise free radicals.

The antioxidant effects vary between brands and have shown to be cardio-protective aswell as anti-cancer.

A culinary compound found in the kitchen spice, turmeric, and one of the highest anti-inflammatories we have available. It can be taken in powder form added to curries, or as a herbal tincture. When taken as turmeric in a tincture formula, it is combined with the other plant properties which provide added health benefits.

This works synergistically with Vitamin E and is a vital part of the functioning mitochondria within the cell ‘the powerhouse of the cell’ by participating in the production of adenosine triphosphate (ATP), the body’s ‘energy currency’.

Well known for it’s preventative cold and illness properties. The sulphur compounds in garlic work with the immune system to fight disease.

When extracted and isolated, the compounds have shown a broad spectrum of effects against cardiovascular disease, cancer and microbial infections, aswell as being an anti-inflammatory.

Antioxidants are an important part of our diet and supplementation. They help keep our inflammatory cycles cool.